Welcome to the Phoenix! 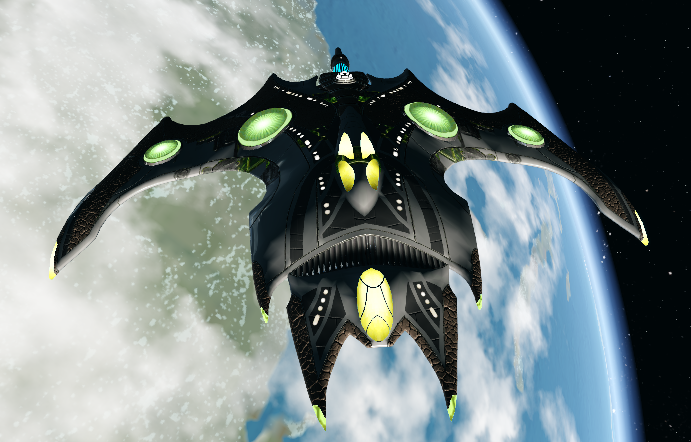 Following the defeat of the swarm, the Federation Senate feared that another enemy would rise in the shadows to take their place. Admiral Kilgore was tasked with discovering who this new enemy was. She needed a fast ship, and an agile Captain to command her.

Admiral Kilgore has been given several intelligence reports suggesting that the Government on Orteria is seeking to become its own political power house within the Federation. The rumors suggest that this radical government might have ties to the fallen Faith Servies Fleet. According to the intelligence reports, they might be looking to restore the religious icon called the "Phoenix," and bring what they are calling order to the universe.

This cult has began a search or the gems that could potentially bring back the Phoenix. Admiral Kilgore wants Alison to find the gems, and bring them back to to her, to keep them out of the hands of the cult.

While the DFS Lavie attempts to stop the cult through the political arena, Admiral Kilgore wants to stop them in the real world. She has very little faith in the politicians of the Federation Senate.

Below you will see a timeline for the stories with in the episode.

» Rise of the Phoenix

Alison was getting ready for bed, when she heard a call come across the intercom. The message was about an incoming call. "Transfer the call to the quarters." Alison called out, as she walked over to the table.

The screen came to life, and outlooked an Admiral. She was young,…

Laura walked up behind on Matthew. "Do you mind if I eat with you tonight?" She asked with a big grin. She had started to take a liking to him. She was not ready to admit that just yet.

“Please have a seat.” Matthew said with a smile. He had…

"I think we are the first ones hear." Aaron said, as she walked to Michele. He really did not know her at all. He was mainly making small talk.

“It looks like it.” Michele said as she looked around. “I am usually one of the first, I hate being late.”…

Alison and Gavin decided to dine in the Captain's Mess. She had worked up an appetite. They were both at the table. Alison grinned as she loosened up her uniform. "I hate how form fitting these uniforms are." She said, with a grin, trying to stay positive.